The Sun in Zambia’s Rising: How one Social Enterprise is rekindling the hope of the marginalized.

Coding While Black: This Namibian is Breaking Barriers and Stereotypes

There is no disputing that the world has become more digital and the developing world needs to “catch up”. Efforts are being made and programmes to fuse tech and digital education are being implemented across the board. The solution to access to education and upskilling in Africa is two-fold. On one hand the whole continent needs attention and on the other, a particular group has always been on the disadvantaged end of things. The girl child. According to UNESCO,

More than 49 million girls are out of primary and secondary school in sub-Saharan Africa, with 31 million of them out of secondary education, undermining their rights and limiting their opportunities.

The International Telecommunications Union observed that ,

This explains the disparities that exist in the digital profession. A disparity that Fadzayi Chiwandire Moyo is seeking to rectify.

Fadzayi is the Founder of the DIV:A Initiative, a non-profit initiative dedicated to empowering young girls from disadvantaged communities with coding skills in order to protect their futures and address the industry’s gender imbalance. A Front-end developer by profession and passion, Fadzayi has helped develop web and mobile apps for the FinTech and retail industry and through her work, she has experienced first-hand the disparities that exist in the tech industry. The lack of female representation, especially black women is shocking and a real cause for concern.

Through the DIV:A initiative, young girls between the ages of 8 and 18 are able to explore the world of tech and earn skills that include coding and robotics.  Fadzayi has partnered with Regent Business School and MANCOSA in South Africa who have agreed to open up their facilities to help the DIV:A initiative grow. According to Fadzayi, ” the idea is to collaborate with like-minded organisations and fight for coding and robotics to be included in the education curriculum right across Africa. The programme also aims to get into prisons and empower women through giving them programming skills.

Fadzayi’s efforts have not gone unnoticed, she received the Entrepreneur in Education Award at the just-ended Women In Africa Summit. 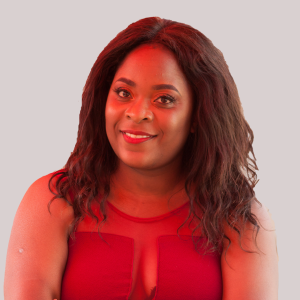 Jocelyn is a Digital Storyteller who believes that the fusion of Social Impact Storytelling and Business Development is the key to the growth and sustainability of the social enterprise sector in Africa. Through her organization, Impact Chronicles, Jocelyn empowers African social enterprises and amplifies the message of Impact and Innovation to audiences the world over. She envisions the continent’s Changemakers thriving through collaboration and opportunities facilitated by Impact Chronicles

The Sun in Zambia’s Rising: How one Social Enterprise is rekindling the hope of the marginalized.

Coding While Black: This Namibian is Breaking Barriers and Stereotypes

Recent Topics in the Forum

There are no users currently online
Enter your name and email and get the weekly newsletter... it's FREE!

Social Innovation and Entrepreneurship for impact is a major facet of development. The stories of impact that we share will be worth it. Subscribe Today!
Your information will *never* be shared or sold to a 3rd party.
%d bloggers like this:
Skip to toolbar